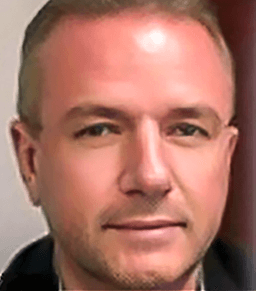 Hi, when I discovered Kalcker, just a few weeks ago, I couldn't believe what my senses were perceiving, the man was demonstrating what was always there, the response to so many human ailments, wasn't out of my wonder. Look avidly and tirelessly for everything I can. No more and no more embrace the cause. A cause those big corporations and all the corrupt humans knew, but of course it wasn't business. The motto of them is “cured patient, lost client”, alive yes, but sick is the slogan.

When I started the chat it was to help but I also had to contribute in the care that the videos are not deleted. I put my servers on to distribute the content. (As I told you, NASA is using them to distribute images of very high density, of space. It costs? Yeah, it's not a little, but the cause is worth it.

I committed myself with my conscience to do everything possible to save lives that were lost and being lost because of this Lie in favor of enrichment with the health and lives of innocent people.

At first I didn\t think that there would be so many videos and so many people, but I couldn\t get back, and if it\s possible better, so we\re finishing this whole platform, with videos that everyone can download, an international chat, that is, members can write in their native language once their language is indicated in the registry and they can communicate in up to 40 languages in the world.

In addition, the writing will also be visible in up to forty languages and the audio of each video will be in the chosen native language rolling under the video as it progresses.(This task will be completed over time, it is an arduous task)

This has cost me beyond what I have planned.

On this page is a donation link.

At least $5, it\s not obligatory, but if we want to be at the forefront of the war, there are expenses.

The payment will be received by Tagai Technology TS Inc. which also operates as NetworkWealthClub, this contribution is not refundable and we already have it spent hundreds of times more on the work done.

In the current situation, the new world order wants us dead. They\re assigning deaths from any cause to COVID 19, to justify mass vaccination; they need a number of deaths from this cause. Hospitals and many professionals are committed to making this a reality. Fear and disorientation is what they want to accept that vaccine and even more, put a microchip together with it where we will no longer be freer.

If we do not act strongly we will be more slaves than we have been so far with the deception of medicines, energy and individual freedoms. To move forward, we need immediate collaboration, any value helps. Those who can\t come together for a minimum donation will have a basic package of videos available to survive; unfortunately they won\t have access to all or the latest information available on this platform.